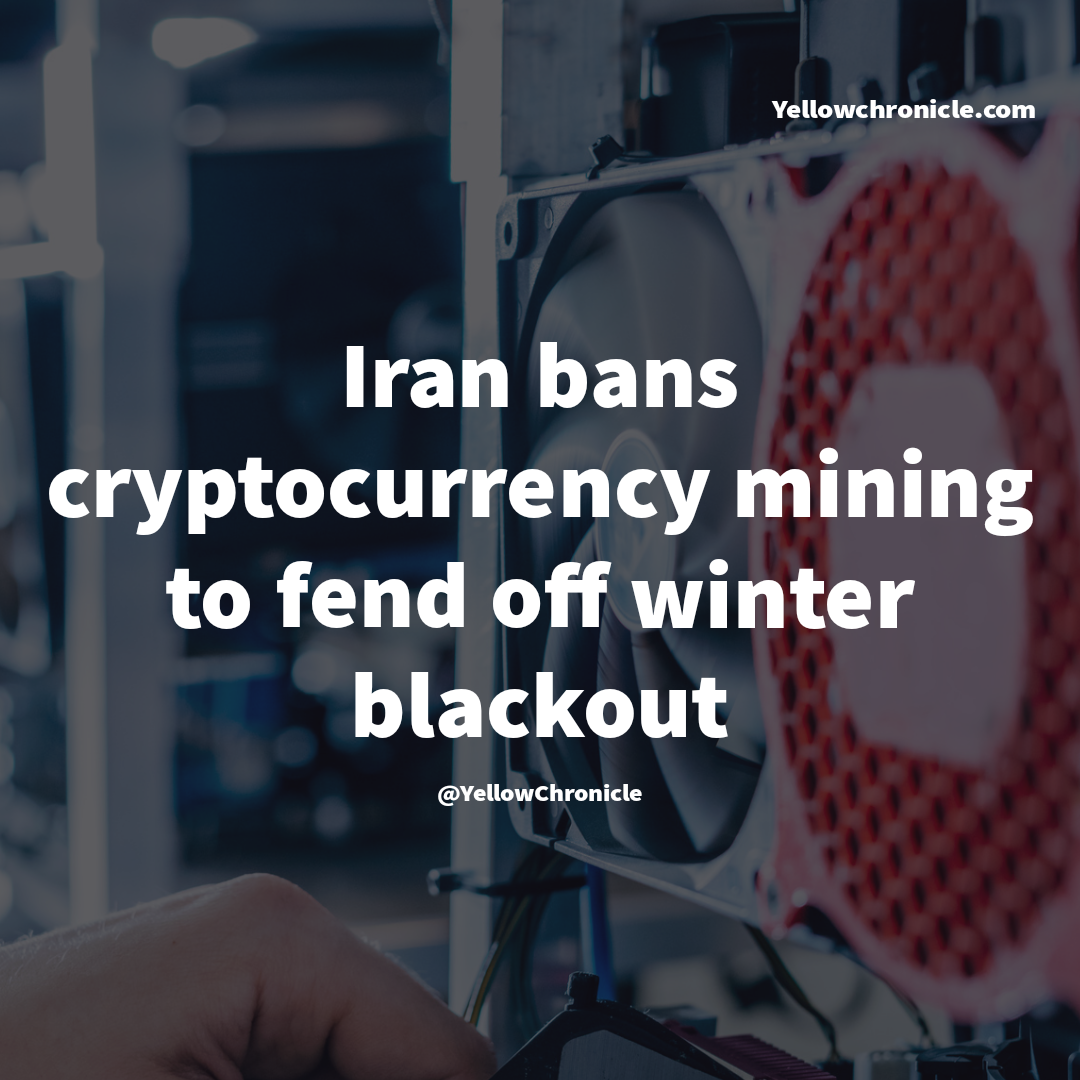 According to Mostafa Rajabi Mashhadi, director of the state-run Iran Grid Management Co. and a spokesman for Iran’s power industry, Iran banned crypto mining second time this year as part of efforts to ease the strain on the country’s power plants and avoid blackouts.

The ban, which will be in place until March 6, will free up 209 megawatts of power for consumption in the household sector, Rajabi Mashhadi said in an interview with state TV. Authorities are also cracking down on illegal mining carried out by both individuals at home and larger-scale industrial units, he added. These unlicensed operators account for the largest share of crypto mining in the country, consuming more than 600 megawatts of electricity.

Other fuel-saving measures include turning off street lights in some areas and regulating electricity consumption in offices. Rajabi Mashhadi said the government expected 60% more electricity production in the summer.

Iran banned crypto mining for a time earlier in the year amid a series of blackouts across major cities that was blamed in part on a surge in the energy-intensive process. While the majority of crypto mining was long centered in China, that changed this year when a nationwide ban sent operators to other nations, particularly places offering cheap power. This, in turn, has pressured power grids, leading countries from Iceland to Kazakhstan to place limits on the industry.

Iran’s daily gas demand in the household sector soared to an unprecedented 570 million cubic meters per day for the first time on record, while the country has “maxed out” its natural gas production at 800 million cubic meters a day, according to a National Iranian Gas Co. statement last week. The excessive demand has forced a reduction in electricity supply to industrial units.